It has been a very busy few weeks leading up to the end of term so I haven’t had much time to blog. Luckily we have been playing lots of games at home so I have quite a lot to blog about. Something that has been brought to my attention a lot recently has been the long summer holiday and how children tend to dip during this time. I have collected a few of my favourite phonics games to play, which children will enjoy and keep them actively learning during their time off.

I have used ping pong balls for this game, but it would work just as well with ball pit balls, whichever you have or find easier to get hold of.

Write the sounds you want your child to practice on the balls. Give your child a pot filled with balls and a target bucket. Simply pick a ball, say the sound and then aim to throw it in the bucket. It is such a simple game but they love the challenge of trying to get the ball in the bucket and if you have more than one child you can add an element of competition into the game. The children need to say the sound as they throw it. My three loved this game, we changed it slightly for the little ones and Megan was able to throw the sounds she knew, and Charlie had ‘Ch’ on one of the balls to try and get him to associate the first sound in his name. 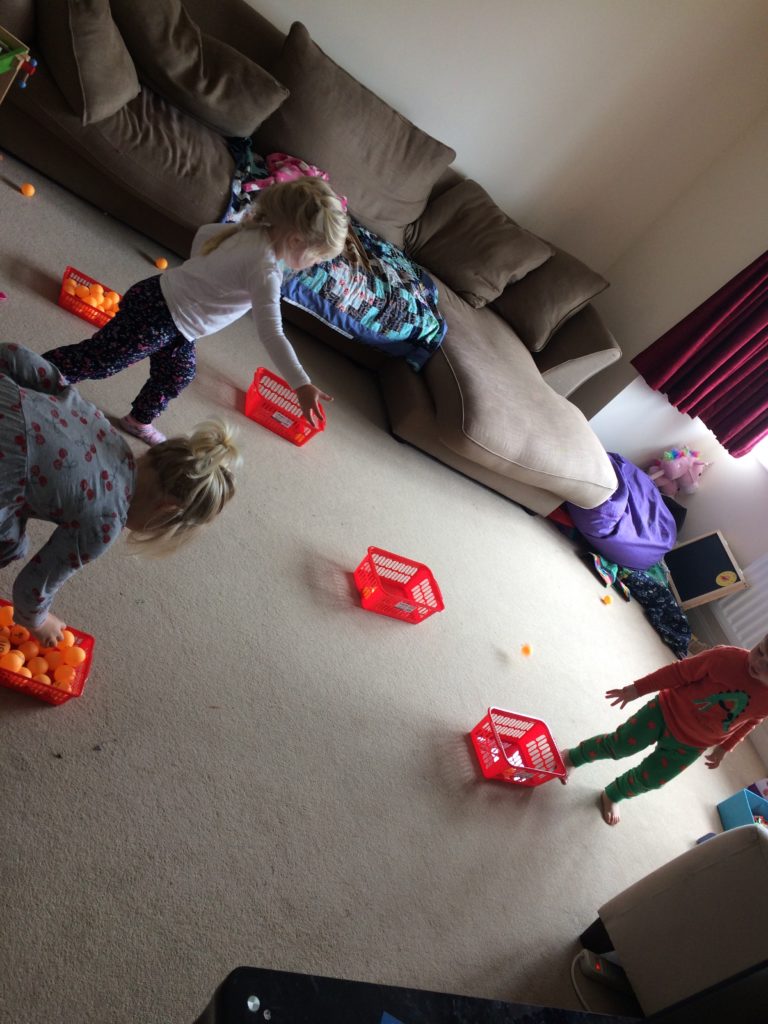 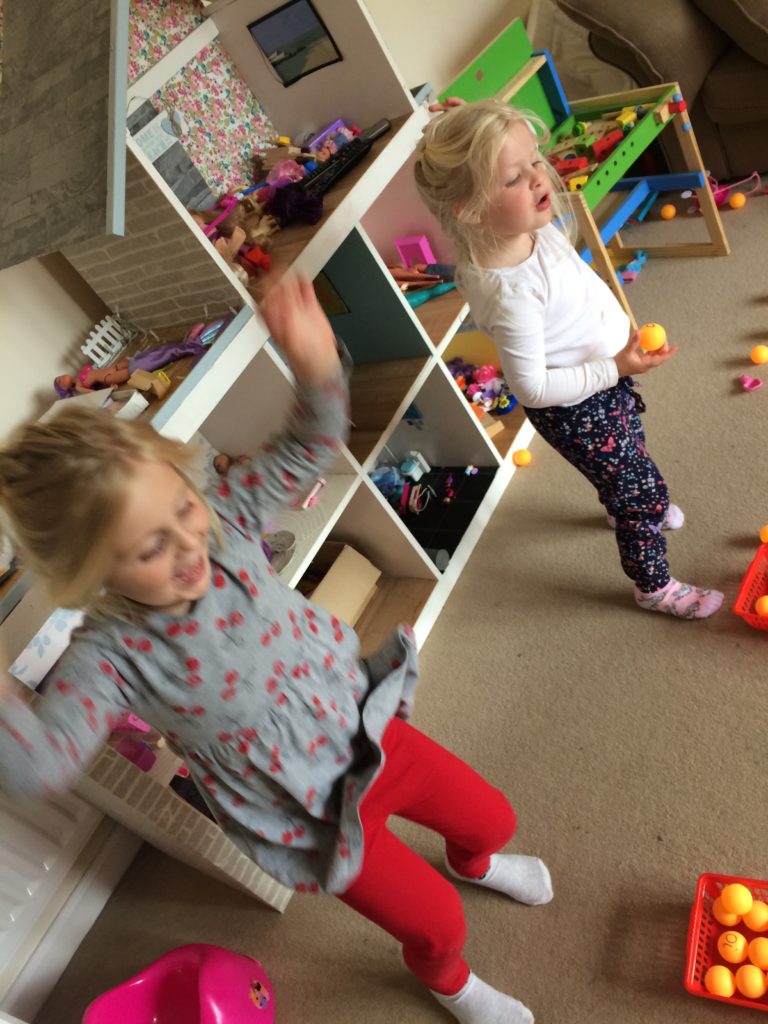 Resources: Golf club (we got ours very cheaply from a supermarket a couple of years ago), ping pong/ball pit balls, sharpie pen, bowls/buckets, card,

If you have not already done so write the sounds your child needs to practice on the balls. Set up a golf course around the garden or in the house using bowls/buckets lying on their side as a target. On the buckets place a word that uses the sounds written on the balls E.g. ‘oa’ and ‘goat’. Children then need to try and get their ball into the correct basket. This game is very enjoyable and we have played it a few times now. 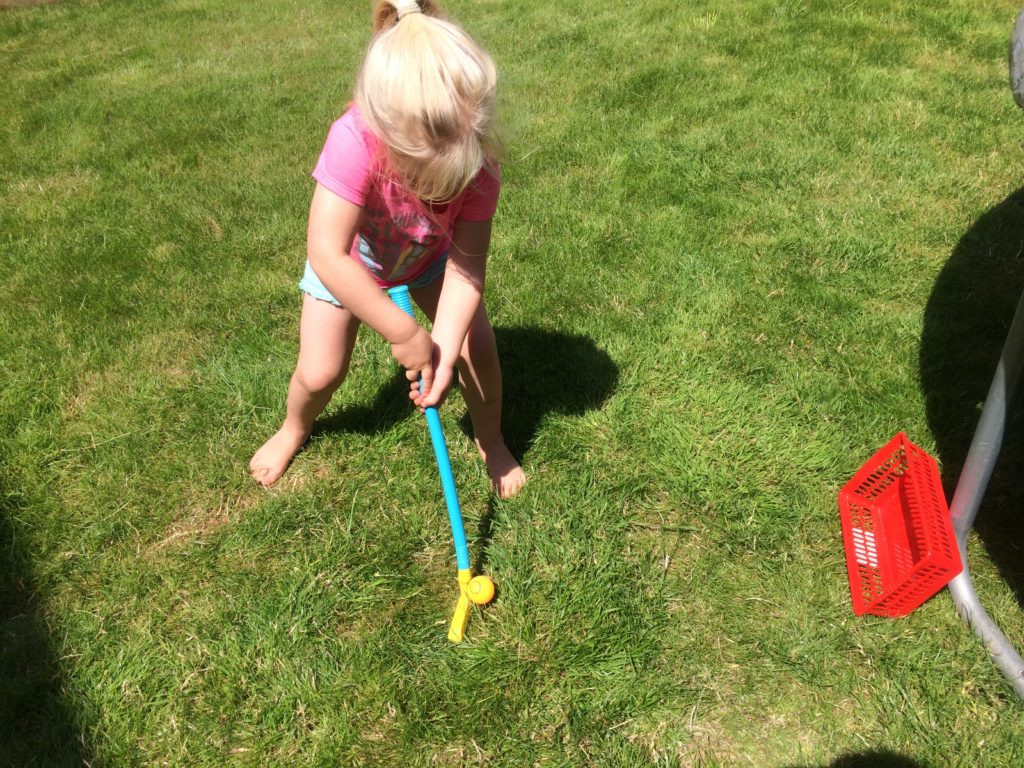 Place three or four golf tees in the play dough. Say a word and children need to find the correct letters to make the word and balance them on the golf tees. Alternatively this is a great one to practice reading those nonsense words and the adult or child can balance the balls on to the tees, then have a go at reading the word. Is it real or nonsense? 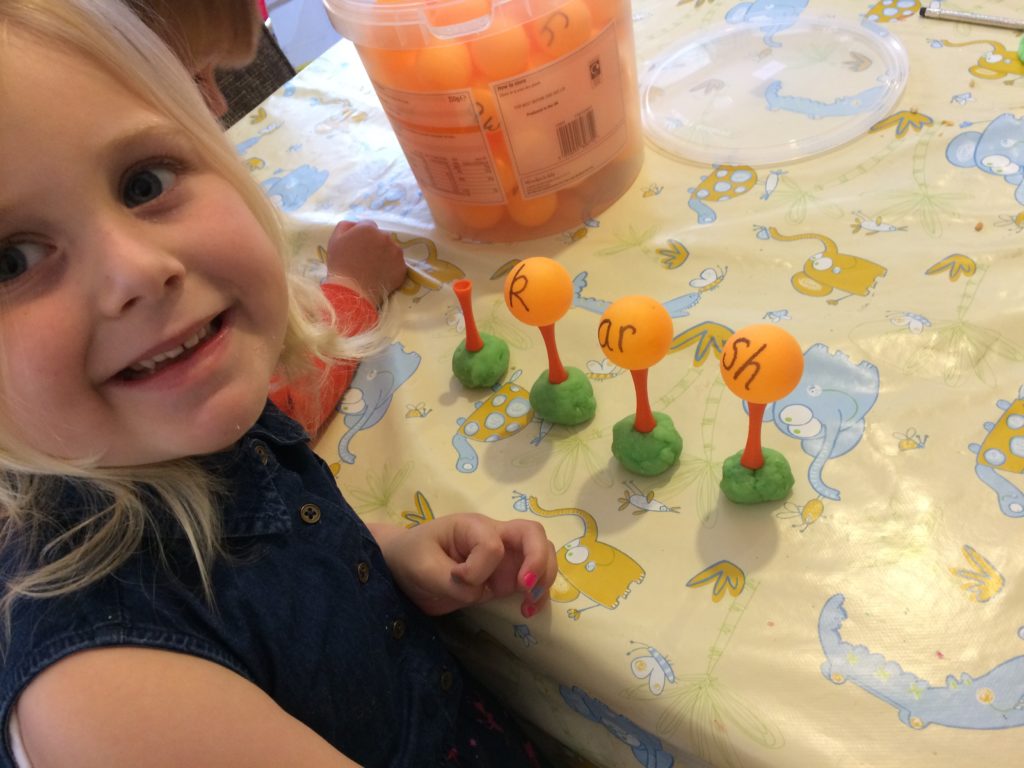 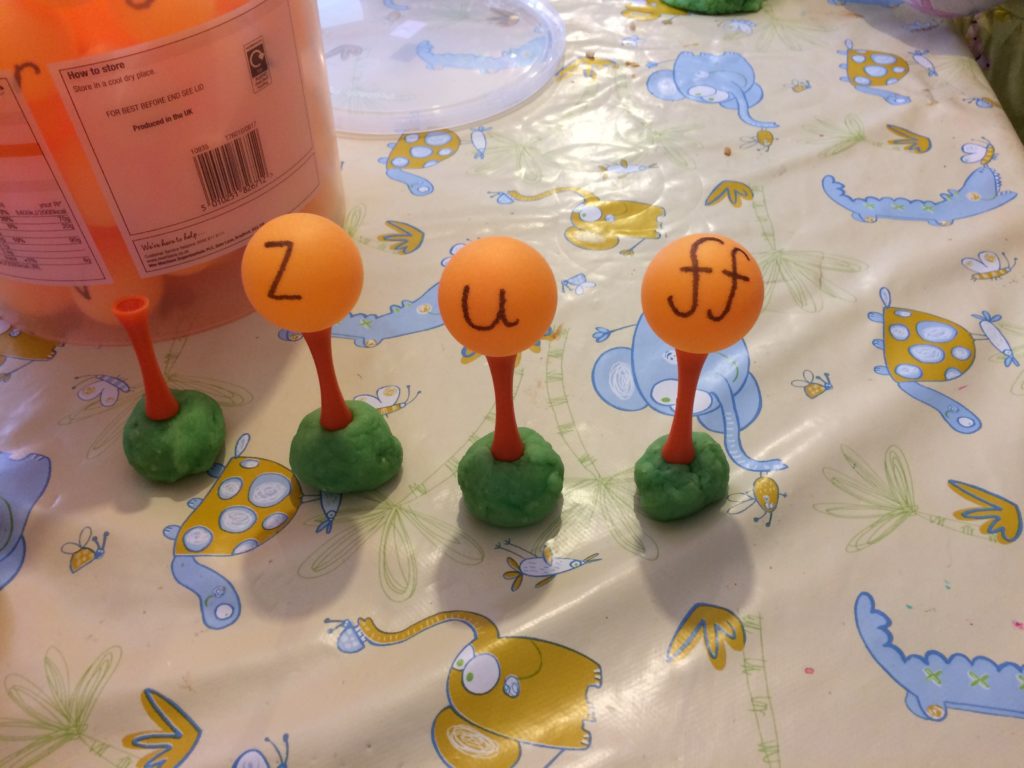 Write a range of sounds onto the lego pieces, a mixture of sounds your child knows as well as those they need to practise. Say a word and ask your child to find the correct pieces of Lego to make the word and then build on the mat. Alternatively make real or silly words with the Lego and encourage your child to read them. 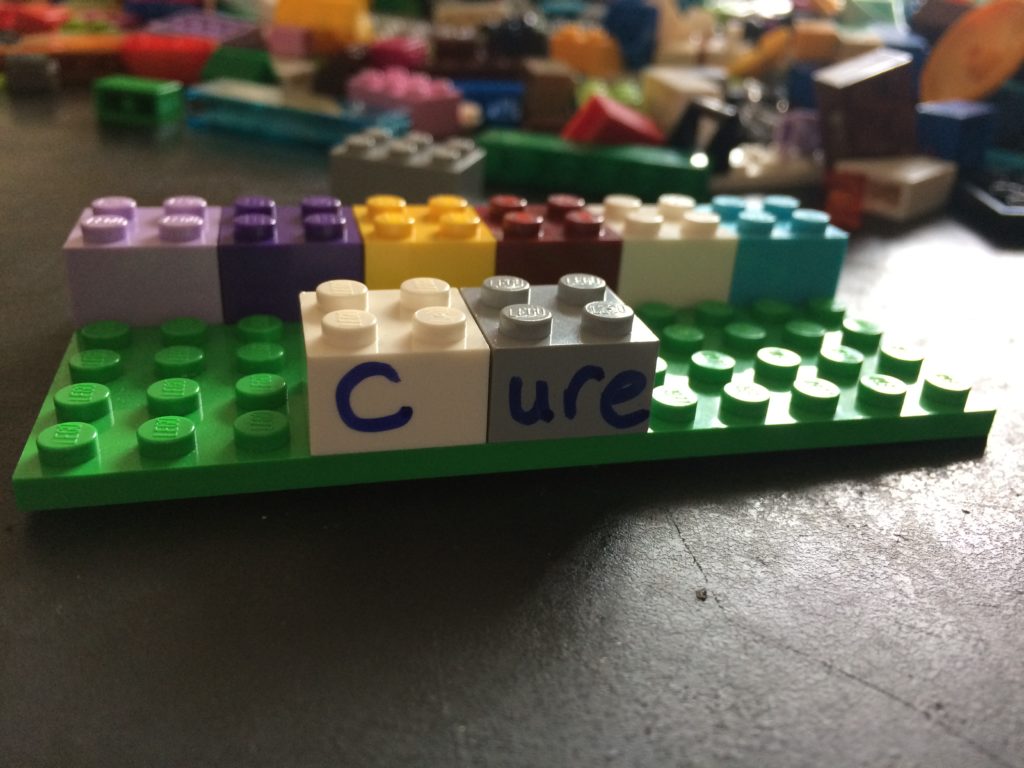 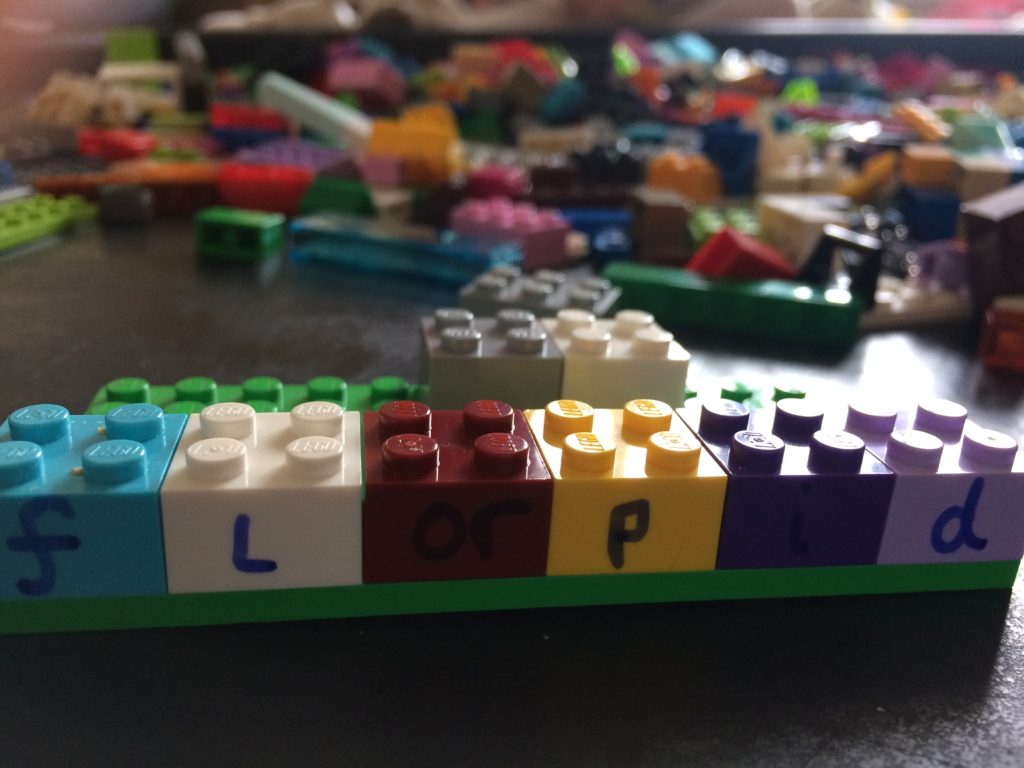 Resources: A hand puppet or cuddly toy, sounds or tricky words written on paper or ping pong balls would work, a bag or bowl

This game requires a bit of acting on the adult’s behalf. Explain to your child that the puppet/toy is feeling hungry and wants to eat sounds or words. We used a dinosaur puppet and we had a lot of ‘raaaaahhhs’ and ‘grrrrrrrs’. The puppet or toy goes into the bag and pulls out a sound or word and tries to eat it. We played that the dinosaur can only eat the word/sound if we say it correctly first. This caused great hilarity and Charlie has tried to recreate the game a few times by eating all sorts! 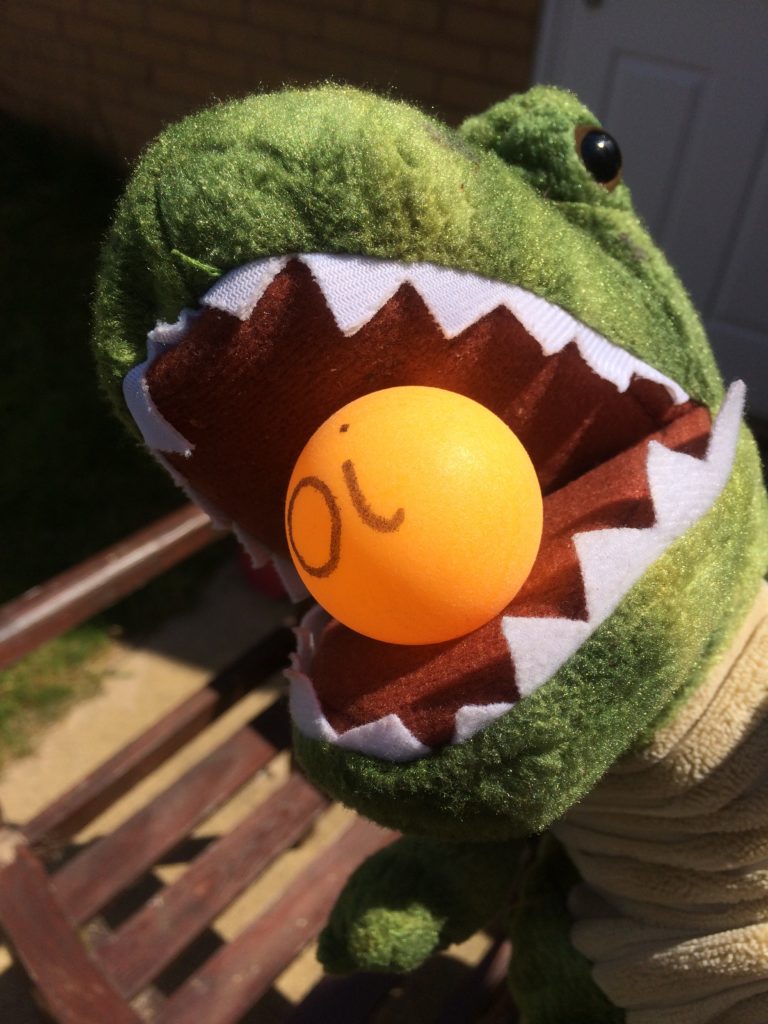 Resources: Dyed salt, sand, magnetic letters, paintbrush, props to enhance the theme of the tray. We made a beach themed tray so included sea creatures, shells, stones, but you could use dinosaurs, insects, shopkins, num nums. Whatever interests they have really.

The aim of this tray is to practise letter formation using the paintbrushes to practise writing the letters in the sand or salt. They need to hold the paintbrush with correct grip and start at the correct place to write the letter. When we did this it very quickly degenerated into a complete mix up of the resources and it ended up everywhere. The children will explore things in the way they want to which isn’t always how we envisage but that is absolutely fine. What is interesting is after they explored the tray in a number of ways (including Charlie rubbing the salt into his tummy!!!!) both children started mark making in the tray. Charlie made a crocodile with sharp teeth, and Megan was really interested in names. She asked me to write down names that were important to her. She then started writing her name and really working on her ‘a’ trying hard to start it in the correct place. 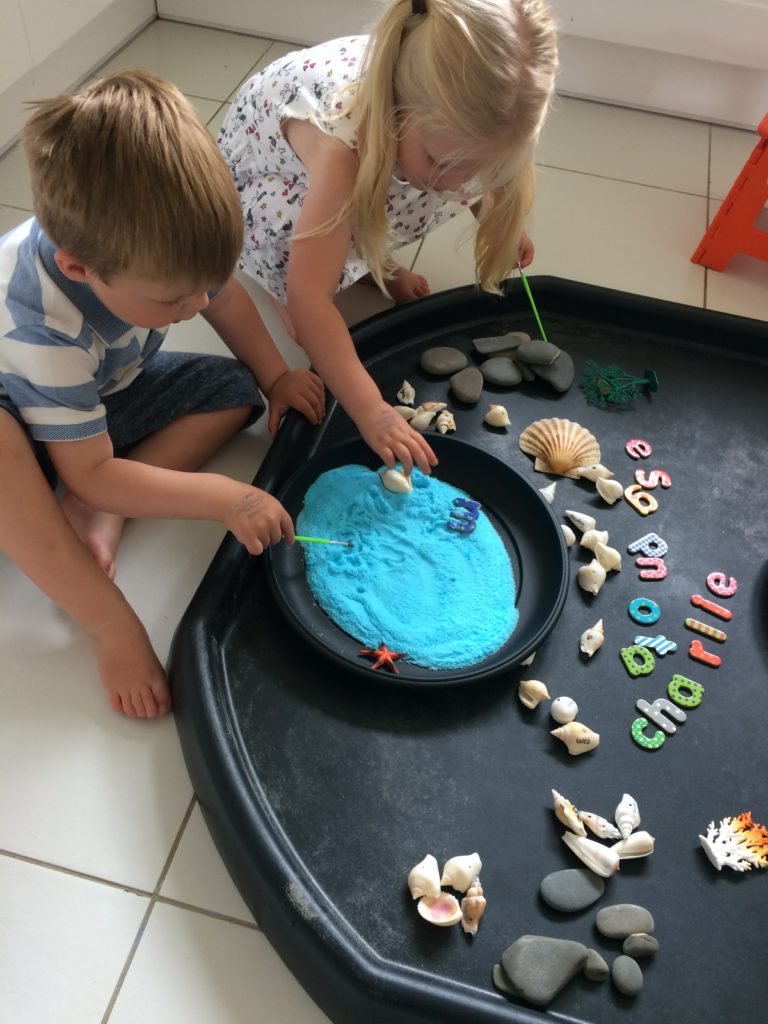 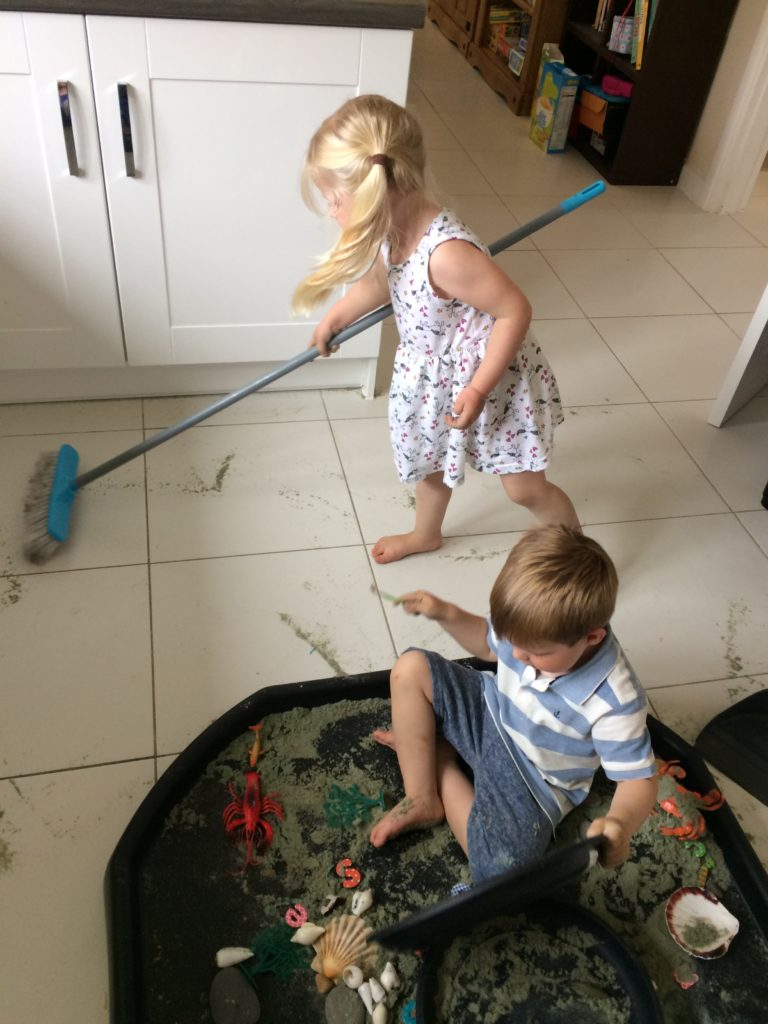 Exploring in a slightly different way than intended!!! 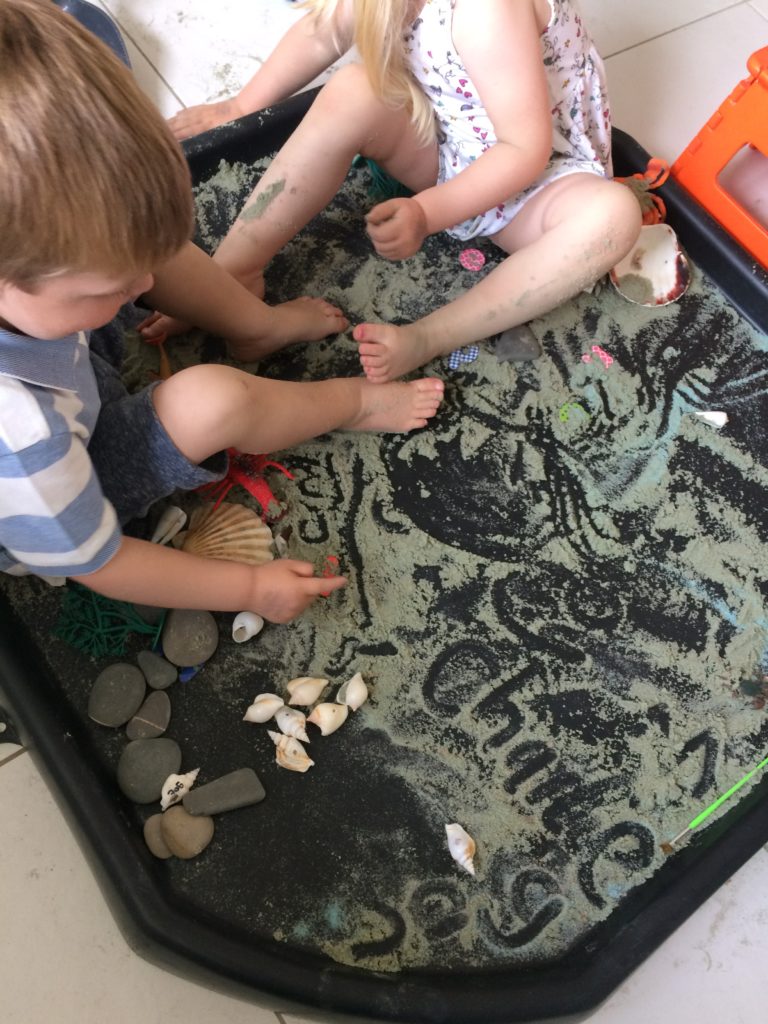 Not quite as pretty but still serves the same purpose!

Resources: Trampoline, balls with sounds on

As always I hope you find these games useful and as enjoyable as we do. I look forward to sharing my next blog with you soon 🙂